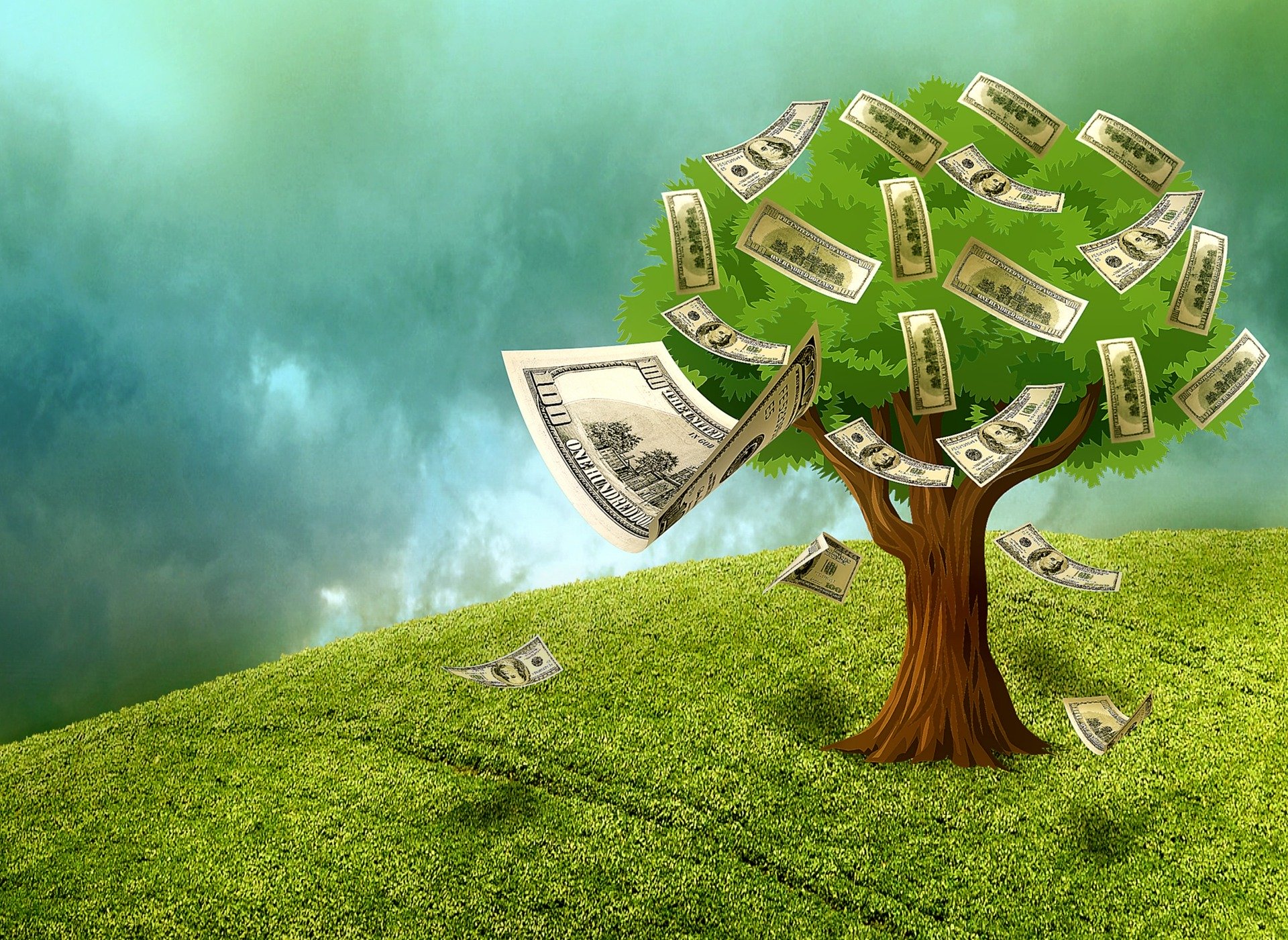 Earlier we have looked at the commodity prices impact, consumer price index, inflation and hyperinflation scenarios due to demand shock, and food price and world’s poverty implications. Today we turn to the question of how to manage the transition to recovery and the new normalcy via intelligent management of money supply.

In the past 25 years, the governments around the world seem to have had no choice but respond to every crisis with printing more money in order to avoid massive GDP impacts due to shocks to supply chains and cratering demand.

The usual path was to inject new money into the financial sector (banks) in various and many shades of qualitative and quantitative easing methods. That has predictably led to some serious inflation of stock market prices but provided only limited positive impact on the real economic activity and GDP growth.

The big fear constantly raised in the context of forceful money creation is a possibility of permanent destruction of the value of money, aka hyperinflation. Inflation could be a problem, but do the money shots at least lead to a meaningful GDP recovery? Our analysis shows that a significant GDP drop is unavoidable in the current crisis when you shut down large swathes of the world economy.

But there is an intelligent way of managing the way out of this drop through targeted money supply injections. The targets of such injections (banks, companies, or consumer) and their timing during the crisis are the key.

In line with European monetary policies, Exoshock has run a number of large scale simulations for injecting and timing the new money supply into economy (helicopter money supply) and found that focusing on direct money injections into companies, not banks, and not consumer, at specific crisis turning points leads to the optimal combination of the economic recovery and minimum inflation. In this post we summarize some key findings.

Exoshock simulations show ‘When’ the central banks and government should inject new money in the economy, thus dampening rather than worsening the GDP and inflation volatility due to the covid-19 policy shock, while increasing the chances of a more stable GDP growth in the medium turn.

There is no doubt that Covid-19 created a large supply chain disruption shock to the global economy and that government and central banks must do all in their power to mitigate and dampen its negative consequences. Among the most recent market repercussions we find oil prices reaching the historical minimum of 5 dollars per barrel due to this unprecedented drop in global demand.

The charts below show the impact of a -25% demand shock and the corresponding GDP evolution from 2020 to 2023. The resulting projection has 3 elements: (i) an initial GDP growth reduction due to the shock, followed by recovery because of increased consumer spending, (ii) a return to production due to global demand increase, and (iii) a period of instability after the overshoot of global supply to global demand.

This is the typical behaviour of the debt-driven economic system, characterized by newly printed money provided to banks that can lend them to the private sector at marginal interest rates. This result is used as base run scenario for the analysis to follow. The increased money supply via banks leads to a possibility of a higher GDP growth in the medium turn but is usually followed by the increase in economic instability – the usual asset inflation driven boom and bust.

The simulations show that:

The following sensitivity analysis highlights the resulting differences due to the money injection timing. The chart below shows the results both in terms of Real GDP growth and overall inflation rates, when injecting helicopter money in the economy at the end of the lock down, thus supporting the quick recovery of the economy. This results in a higher inflation spike than in the initial scenario, thus devaluating currency, with slightly higher real GDP growth over that period. This is followed by a smoothed inflation rate, and a slightly higher and more stable growth rate over the following years.

Sensitivity on helicopter money in September 2020

On the other hand, injecting the money near the top of the first rebound peak (around February 2021) results in the similar medium -term GDP performance to the previous scenario, while the inflation volatility is much more subdued in the near to medium term to rise again thereafter. The usual boom and bust instabilities across the supply chain are better mitigated in this scenario due to the ability of firms to generate orders, activating production and delivery in a more measured manner.

Sensitivity of helicopter money in February 2021

The best time for the money creation appears to be exactly at the time the lockdown is released.